I never dreamed of becoming a writer, but funny enough, my decision to write Hidden Contempt did stem from a dream. I lay sleeping one night having a stressful night terror about the kind of work I have performed as a profession since 2010. 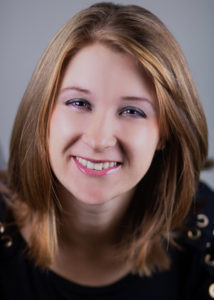 Beginning in college, I have worked in the live event industry as a video technician. It’s a job that I love, but before I learned to manage the stress of it, it was more of an addiction than a job. The adrenaline rush that accompanies live events is unlike anything else—every show is filled with moments of pure elation when things go right and moments of devastating letdown when you miss a cue or a piece of equipment malfunctions moments before the program begins. Given these kinds of conditions, high stress often accompanies the job, and occasionally, bleeds into my dreams. That night in June 2017 was one such night.

In my dream, I was finding it hard to breath as I watched the program on stage begin to go terribly wrong. I felt responsible. And as the dream continued, I watched parts of Chapter 7 and 11 unfold. I was intrigued by the unspoken premise of the dream. I was never told explicitly what it was—I just knew.

And the role of a famous movie star, who worked to console me after the ordeal on stage subsided, got me thinking . . . what would cause him to be so endearing?

Later on in the dream, he admitted his affections, and I remember being left unbelieving. But the chemistry between us in my dream was undeniably thick, and I found myself wanting to escape this undefined “Society” with him as we had briefly discussed in our encounter.

When the dream ended, I immediately awoke, and I wrote down all the details that I could remember. After looking over my notes, I decided that wasn’t good enough. I shot out of bed and began writing, without really thinking about the consequences of beginning such a venture. When my husband woke to find me furiously typing, he inquired as to what I was doing. I quickly proclaimed, “I am going to write a book!”

I only had hunches of what the backstory was (my dreams are often jumpy and incoherent), but the idea was engrained in my mind, and his deep blue eyes were enticing me to write the love story that burned behind them.

After that initial writing session, writing all but stopped. However, my mind still whirled with ideas of what the particulars would be to make my dream become a reality. Then one day when I was on a job in San Francisco, I hesitantly told a coworker I was considering writing a book. He asked what it would be about. I told him what details I had already worked out in my mind, and then held my breath as I waited for his reaction. He took a moment to consider my idea, before saying, “Sounds like a book I would want to read.”

That was all I needed to hear.

That same day I went back to work on the book. I scribbled notes and sketched images of The Society grounds on a hotel notepad, and a 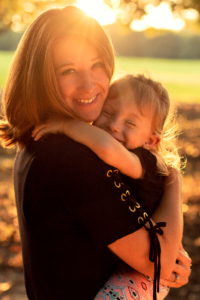 fter working out what The Society would look like, I began writing again. It wasn’t difficult. The words and ideas were flowing easily as I typed whenever I could. However, finding the time to write was tough with my rather needy two-year-old daughter. I limited writing to naptime and bedtime so I could give her the attention she needed and still keep my house in order. During monotonous housework, I worked out in my mind what I wanted to write next so that I could use what little time I had to write as efficiently as possible.

Using that method, the chapters were writing themselves. I began to fall in love with the creative process as I gave myself the freedom to explore new ideas for each chapter I wrote. I didn’t stress about whether it was good or not, I just wrote. But the more I wrote, the more I was convinced…this is actually pretty good.

I contemplated how I could write a romance that would speak to people while, at the same time, teaching some of the lessons I have learned throughout my marriage. I wanted to approach some of the complexities of romance and virtue while addressing the very real and overpowering instincts that accompany passion and sex. I worked hard to write a story that would speak to victims of abuse and still speak to the importance of self-awareness and self-restraint until I finally had two, very different, but very cherished couples that both showcased a number of beautiful aspects to relationships.

I set a goal to finish the book by the end of 2017, but when the end of the year rolled along, the holiday celebrations and family time took precedence, and I did not finish. When we got back home from visiting family for Christmas, I set a new goal to be done by April. I went to work determined to meet my new goal.

But the more I wrote, the more chapters I added . . . two more chapters than I had originally planned for . . . three . . . then four. I missed my April deadline.

I also realized that if I was going to have an actor in my book, then I needed to know what it was like to be an actor in a movie. I had been in plays in elementary and middle school, I had taken drama classes in high school, and I had even worked on a film set in college, but I had never actually been an actor in a film. Then, fortuitously, I fit the description to be an extra in a movie that was being shot in Raleigh. I immediately sent in my headshot for the film, Fear to be Brave, and crossed my fingers that I didn’t look too silly in the headshot that I quickly snapped on my phone.

I got the part! I was so nervous. I hadn’t been given many details, I hadn’t acted in years, and I had no idea what to expect. I reached out to my actress friend who suggested I read the book Film Acting by Michael Cane. I quickly went to the library and picked it up. Thankfully, it was the perfect recommendation to give me some real insight into what it would be like to be a big Hollywood actor.

Then the first day of filming arrived. I walked back and forth, then back and forth again—entering and exiting the scene over and over. Then there was a fight scene. All the extras were instructed to jeer the fight on. So I did. I went home hoping I was now equipped to write a good chapter about filming on a movie set. Using the knowledge I gained from the book and my experience on sets, I pulled together a chapter about filming a movie. Then on a different day of filming, someone wasn’t able to show up, and I was given a line! As filming went on my role in the movie began to develop into a larger role with more and more lines, and I became Rogue. But that is another story for another time . . .

And then there was the task of trying to decide the ending . . . but how do you end a book? There is no real end to my characters’ stories! There is merely a place that I had to decide to stop sharing. Whenever I wasn’t writing, I contemplated where I wanted to stop sharing. Finally, in June of 2018, I wrote the last page and I sent it to an editor friend completely elated to be finished!

Only to find out, I was not at all finished.

Through months and months, of waiting and waiting, and eventually getting beta readers, and finally breaking down and hiring a professional editor, I soon realized editing was going to be one of my hardest challenges yet. On top of that I also realized that the world of publishing is far more complex and integrated than I imagined. The more research I did, the more I couldn’t help but feel like traditional publishing wasn’t the best route for me, and so I enlisted into the added complexities of self-publishing. 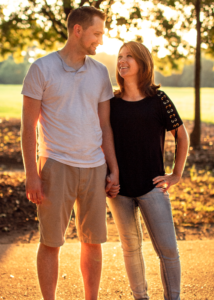 It was very scary for me to decide to go it alone without the support of a publisher at first. Originally, I had been determined to do things “right” and go the traditional routes. I didn’t want to sell myself short. At the same time, I couldn’t help but feel as though traditional publishing would do just that. Then my husband began researching it as well and got behind me a hundred percent. We began bouncing business ideas off each other (as we like to do), and suddenly it started to get exciting. He brought perspective to the prospect of self-publishing, and he believed in my story enough that he wanted to invest our money and time into it. It was still hard not to let my fear of failure push me away from the idea of self-publishing—where I would be left with no one to blame but myself if I did not see the kind of success I am hoping for, but I eventually decided to go for it anyway.

I wrote out a business plan, I made an Instagram profile and a Facebook page, and I announced my crazy undertaking to the world. Then I signed up with a membership to the Self-Publishing Lab where I could find videos to walk me through the steps of self-publishing. These videos gave me guidance to know what to do next, and with my membership, came a community of other self-publishing authors that could answer questions whenever I needed. With that tool and with support from others, I gained my confidence.

Now, there’s no stopping me. I’m all in. I believe in this book, and I’m going to do everything I can to share Hidden Contempt with the world so others can read and enjoy it.

To my readers, thank you for your support in my new journey as a fiction author! 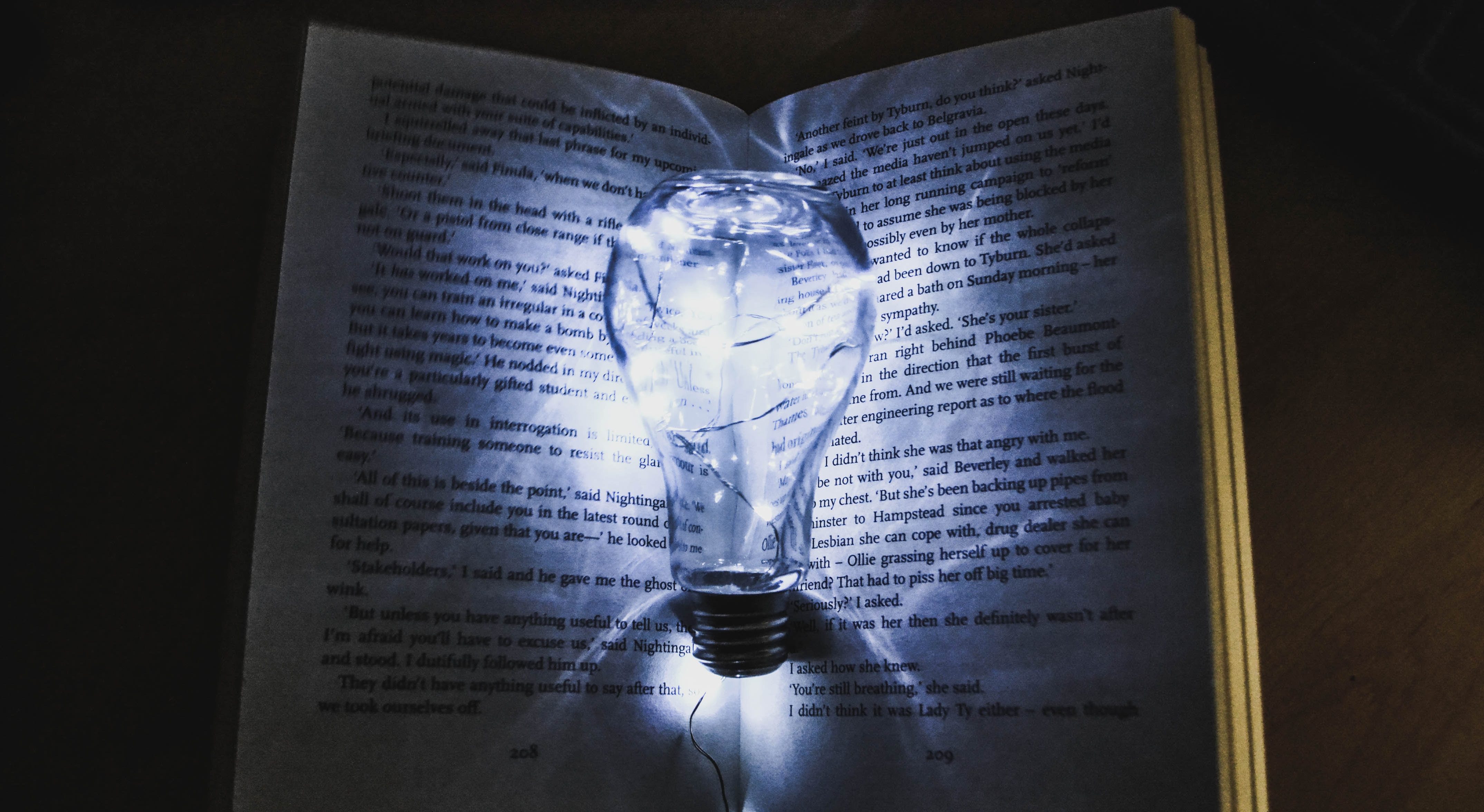